The Complex is in the Architecture look like the Aylieds of TES, this is due to the looks and combination looks well with the Temple.

The Ruins were once a land of a sprawling city. This city was called Ald'ga'borba but was the cultural center of the Val'artavira Culture & the Religion of Old Center. The Ruins are still a cultural center point in the world in three ways. The First way is that the People who still believe in the Religion of Old visit the area as a pilgrimage area for cultural importance. In a second way, the Temple is another Religious centers belief of the Church of the End, this is because the old use of the Religion is almost as old as the Religion of old it's self. This is because the Church of the end is a distant offshoot of the Religion of old, it first was called the Church of the Dragon, and they Focused on the Research into Wreijaboq and the Mistery of the Ender Dragon, but that is not here to talk about. The Final way is within the Explorers Guild looking into and researching the Ruins, as it has one of the world's most cultures hidden in its self. This is beneficial to the Travels from Castle Carraway down to Aundirs Rest as it is down About Halfway Inbetween them both.

Most of the Ruins are still viable and made to be the original setup, but over time thevery and the Explorers Guild coming in not everything is the same, the main changes that have happened was caused by the Explorers Guild,  which rebuilt some of the Houses in Architecture to try to stay and study the great builds.

The Architecture of this Build is Often compared to in our world as a mixture of High Elven & Greek. The main use of colors of the builds are white, and still, only use as a main type of stone is Diorite.

The Ruins are As old as Time, Due to it being the base of the Oldest Known religion in the world. This was built for the sole purpose to support and have the religion. This Settlement is unknown how old and when it was build and is only an element of when the Settlement was emptied, and the Temple lasted for longer but is still in a bit of ruin.

The Ruins of the Beginning 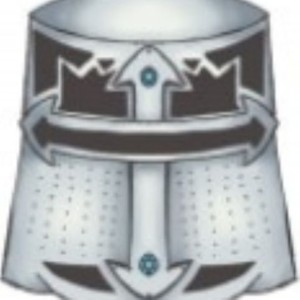